Singapore - Modernity across the water from Malaysia 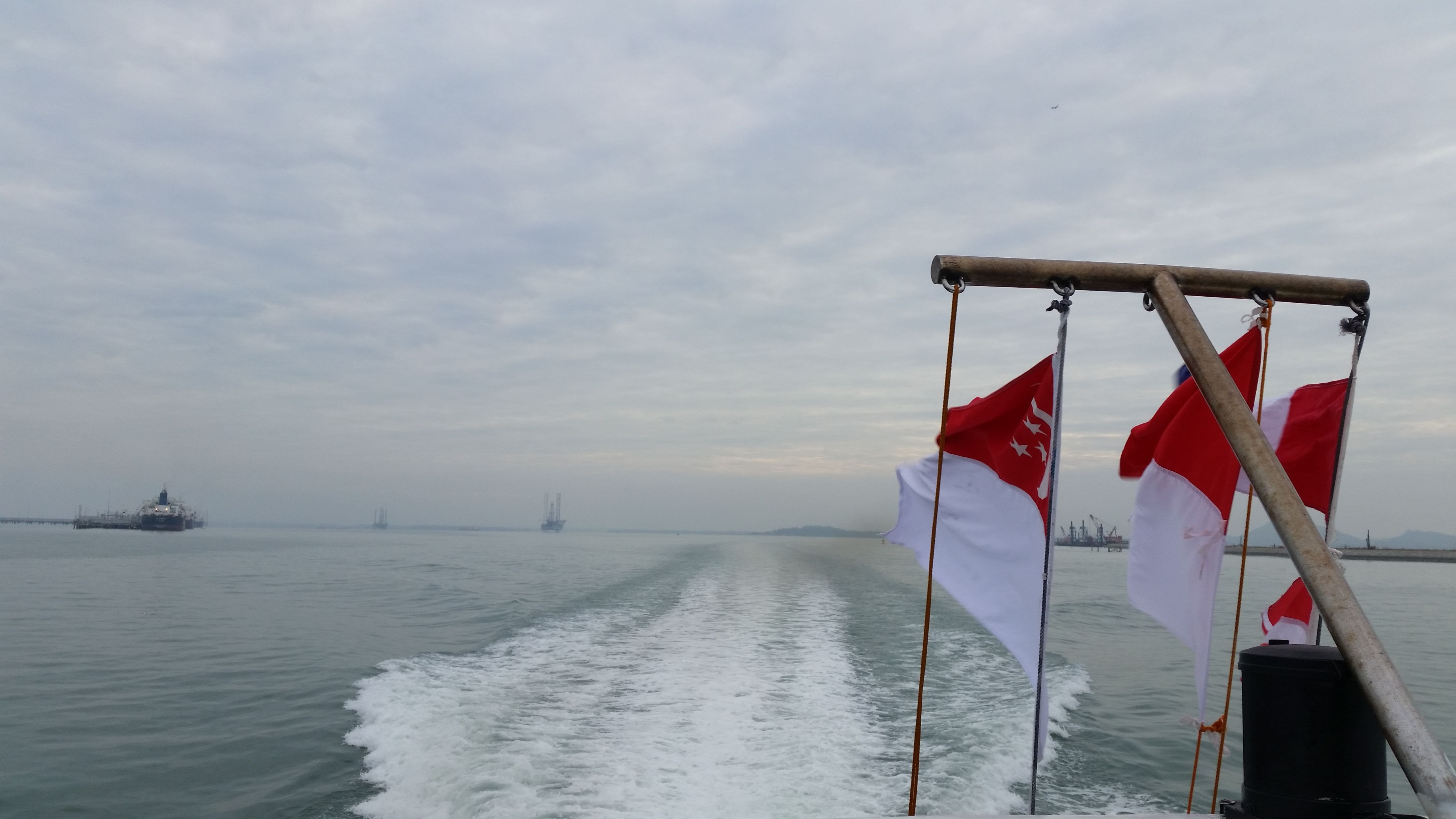 The End of the Road - the Eurasian Limit

The transition from village life to all the hallmarks modern civilisation has to offer couldn’t have been more abrupt for us. Taking the ferry from the East Coast of peninsular Malaysia, we hopped from a classic Malay Kampung (Tanjung Surat) to Changi Airport environs in a mere 10km. Soon after arriving fighter jets were buzzing over our heads. It was like being teleported 100 years into the future. Taking this approach had the major benefit of riding all the way into the city without touching a single road. A glorious bike path with silky smooth tarmac took us the 30km around Changi Airport, along a beautiful stretch of coast (which serves as Singaporeans camping and beach zone to escape from the city) and into the lungs of the city - Gardens by the Bay.

The off-road cycle path into downtown Singapore was deluxe

The glamping on offer was something to marvel at

The green lungs of Singapore made for a fitting finish line

The first high rises we had seen since Penang

At this point the end of the journey became very real. Emotions were running high for both of us. We’d cycled the majority of the way here from England for the past 12 months. The finish line was near however it left us feeling slightly hollow. What we’d discovered on this trip was a world full of beauty, wildlife, human kindness and generosity. We’d been subjected to extreme heat, sub-zero chill and exhaustion levels we never thought possible. Soon it would all be a memory although luckily for us we could always share and relive them together. For this reason we learnt to admire and respect solo touring cyclists. Not only is the road lonely sometimes, you have no one to share your emotions with.

Lapping up the sights from Singapores incredible bike lanes

Milly’s family had flown out to meet us and pedalling through the gardens we were on high alert any sight of a jet lagged troupe grinning with adrenaline. Lucy, the true artist in the family had prepared a finish line banner for us to ride through. If only we could say it was all set for us to burst through on first sight. It took a few goes to get it on film however that didn’t stop us celebrating all that we’d achieved together over lunch. When discussing a journey like this with anyone, family, general public, close friends, it’s common for us to fail in finding a starting point in discussion. Usually you could get a ‘So, how was it, tell us all about it?’ to which we would commonly reply ‘How long have you got?’ It’s near impossible to sum up individually what a journey of this length. Luckily we can always resort to this blog, our Instagram posts, and our journals. However it’s so difficult to conjure up a description without being prompted by constant questioning. If there’s one thing we both learnt and often remark on, it’s a level of respect and admiration for people we didn’t have before. There are so many steely individuals across the globe who survive on very little and opened there worlds to us without fail.

The end of the road and a Grand Prix style finish

Celebrating with the Morley’s at the finish line

Cycle tourers the world over will know SK. Until rents became too high he ran a hostel in downtown Singapore. With a heart of gold he offered discounts to cyclists for many years. Having recently closed down we were still lucky to meet up and he even brought along a couple of bike boxes for us. Total legend!

The 4 days we spent with Milly’s family in Singapore were incredible as well as surreal. Time with loved ones is always special and we felt blessed to have them at the finish line. Singapore itself felt slightly hedonistic. Every human pleasure was accessible within the confines of this small island and there was something unsettling about this. We had become accustomed to searching for food, water and shelter each day and now all you had to do was flash a piece of plastic and devour your options until your heart was content. The result of this was emotional detachment from our neighbours. Self-fulfilment prevailed and interaction was thrown by the wayside. Or maybe this is just because we didn’t have our bikes acting like beacons anymore?

We cycled this far just for this photo!

A condor showing off its impressive wingspan

There is something mystical about a Flamboyance of Flamingos

We took in the beautiful sights around the city - it’s world famous Botanic Gardens, a celebratory drink on the Read famous Read Street, flamingos and toucans at the gigantic Jurong Bird Park, a Singapore Sling at Raffles Hotel and as much time as possible in air conditioned malls or buildings (Singapore must hold the record for the most densely conditioned air per square metre on the planet?!). Sadly our flight departure snuck up on us all too quickly and the arduous task of boxing the bikes up had to substitute the fun. Luckily we designed a soft landing in New Zealand - a month riding up the South Island. With this in mind we said our incredibly sad goodbyes to the Morley’s and checked in for a flight which would take us 12 hours to travel the equivalent distance of what we cycled in a year!

An impressive sculpture in Gardens by the Bay West