Erlbach to Wurzenpass - The hill of hell 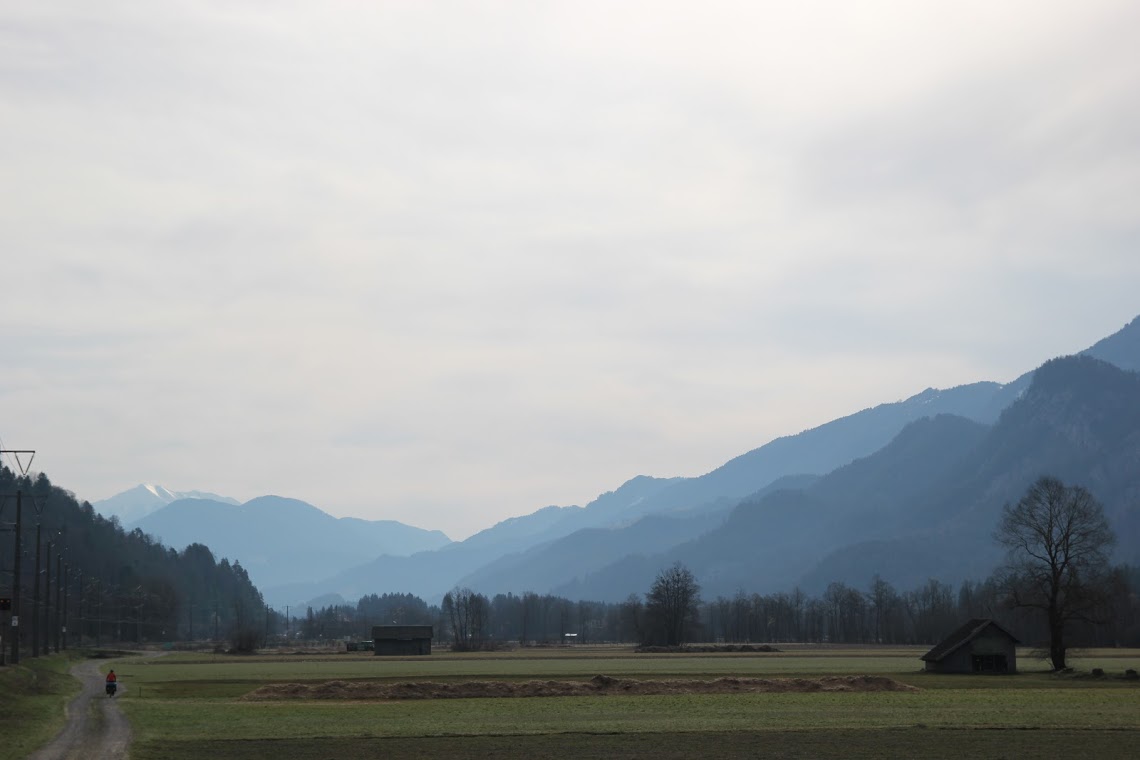 Crossing the Italian/Austrian border via a cycle path whizzing down the Drau river past the guards on the road opposite was the smoothest transition between countries we’ve had so far. We were enjoying going downhill so much that before we knew it we’d done 110kms, with a bit of walking in between the still snowy tracks.

The cycle path cruises down the Drau River

Snow on the cycle path to Lienz

Continuing down the valley to Bruggen we decided to take a shortcut over the hill - short and steep, we are of course gluttons for punishment with an average 15% gradient and 500m ascent in the midday sun and logging trucks to boot! A steep quick descent down the valley towards Hermagor we were rewarded with a beautiful Austrian valley and our first warm picnic spot! Definitely feeling like we were in ‘Sound of Music’ country surounded by open meadows and wildflowers in the forest, although no Eidelweiss despite Milly’s singing it at the top of her voice!

One of the many beautiful wildflowers

From the Villach valley we only really had one route to Slovenia and that was over the Wurzen pass. Thinking it could be no worse than yesterday’s climb we headed off to be met with a chilling 18% sign over 900m sign - well at least there were no trucks on this road! It’s doable if not very painful and the rest of the road climbs to 1073m with a slightly gentler 10% average. There’s also a WW1 museum at the top for those interested! With rumbling stomachs we again cruise past border security and head into Slovenia!

Even bad going down!

The top, and still smiling!